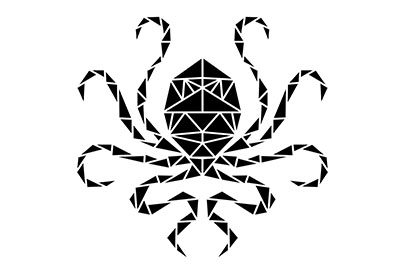 Drawing from their wide scope of dance experience, co–founders Emmanuelle Lê Phan and Elon Höglund create conceptual hip–hop with a contemporary twist, while intermingling organic influences from earthly creatures.
This Canadian-Swedish creative alliance experiments with intricate partnering, refined musicality and a saturated dose of physical choreography. Their repertoire includes magnetic duets group pieces such as Body to Body, When They Fall, Nobody Likes a Pixelated Squid, Origami Mami, Threesixnine and Fractals of You, which have toured internationally.
Active participants in the street dance scene as B–boy and B–girl, and as seasoned stage performers, the duo combines movement techniques that transcend style boundaries and create works that express the embodiment of music beyond technique. Although the two performers have worked together since 2005, it wasn’t until 2012 that Tentacle Tribe was formed when they performed their first official collaboration choreographed for the Cirque Du Soleil stage in Quebec City. This duet was adapted into a short film by director Natalie Galazka called Elon & Emmanuelle.
Their first full–length piece, Nobody Likes a Pixelated Squid, was sought after and performed 80 times in more that 45 international cities. They followed with  Fractals of You, a voyage through consciousness using video mapping projections imagined by artist Gene Pendon. The company is now expanding by transposing their duet research onto group pieces such as  Origami Mami  and  Threesixnine.
Their choreography was adapted into award–winning dance film  Vanishing Points  (2014) directed by Marites Carino, which has been screened at more than 50 festivals internationally. A follow–up dance–for camera short Crack the Cypher, also directed by Carino in 2016, uses a drone to capture the duo’s dynamic choreography. The duo has also been hired as an act for Special Events with Cirque Du Soleil and Cirque Éloize in Antalya, Turkey and Tignes, France. Tentacle Tribe’s work goes beyond the stage and screen. The York University Dance Department and the Arizona State University Urban Dance Program invited the duo as resident guest artists to lecture, teach workshops, and set pieces on department students. The company has also been commissioned to create a work for Vancouver’s OURO Collective.
Currently, Tentacle Tribe is working on a full-length production with six dancers which will premiere in an upcoming Danse Danse season in Montreal.