A tribute to the liberating power of dance.

This project originated with Rhapsodie, a work for 20 dancers choreographed by Sylvain Émard and scheduled to be presented by Danse Danse in Febuary 2022. Inspired by the ritual aspect of dance, Rhapsodie celebrates our visceral and instinctive side, capturing the life force and the sometimes subversive surrender of bodies in movement.

Challenged by the pandemic, the choreographer imagined “preludes” to his performance-event, “body chords” that would usher in the piece to come, using current constraints to explore the very essence of the work, now shaken. The 20 dancing bodies of Rhapsodie, sometimes entwined, often close together, no longer touch each other. Like a sudden and unexpected change of direction, Préludes to Rhapsodie drive the choreography into new territories.

The dancers form a big circle on the Place des Arts Esplanade before gathering around a kernel of spectators. In turn, the rest of the audience surrounds the performers like a circular wave. The circle represents the cycles of nature; it evokes ritual, a spirit of communion, of unity. Prélude #1 investigates the notion of ritual in a context where the very act of gathering is thrown into question.

Symbol of a fixed and balanced world, the square is a human invention, an attempt at stabilization that echoes the urban world around us, where the right angle reigns unopposed. The square suggests a more settled, ordered behaviour than the circle, even if the two forms are, in a way, complementary. In Prelude #2, the square comes to life and pulsates in the heart of the Place des Arts Esplanade.

This creation show was made possible thanks to the special support of the Conseil des arts et des lettres du Québec. 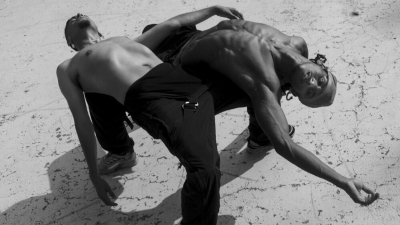 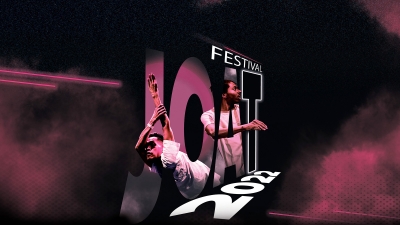