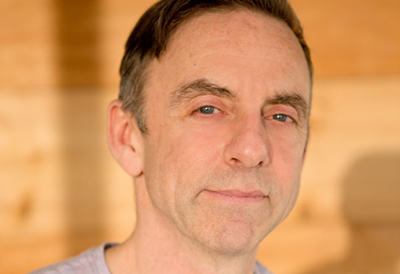 A prolific and internationally respected artist, Sylvain Émard created his own dance company Sylvain Émard Danse in 1990, quickly establishing a reputation for a very original style. Highly theatrical at first, his work soon evolved into a more formal approach to dance. Ever since Ozone, Ozone (1987), his first solo, he has been exploring the territory of human nature through the force and strength of the body. His repertoire now includes over thirty original pieces that have had a resounding impact all over the world.

Renowned for his refined style and precise movement, his presentation in 2009 of Le Grand Continental® at the Festival TransAmériques must have come to some as a surprise. Inspired by line dancing and contemporary dance, this unique piece has featured 3,000 non-dancers in several performances across Canada, the United States, Mexico, South Korea, New Zealand and Chile, attracting some 120,000 spectators. In September 2017, Le Super Méga Continental boasted 375 dancers in Montreal to celebrate the city’s 375th anniversary in a monumental fashion.

Sylvain Émard’s unique style has led to invitations to work as guest choreographer in theatre, opera and cinema. These collaborations include his joining forces with Robert Lepage in 2005 to work on the opera 1984 by Lorin Maazel, presented in London and Milan.

Sylvain Émard has received numerous prestigious awards, such as the Jean A. Chalmers Choreographic Award (1996). He is also co-founder of the Circuit-Est centre chorégraphique.