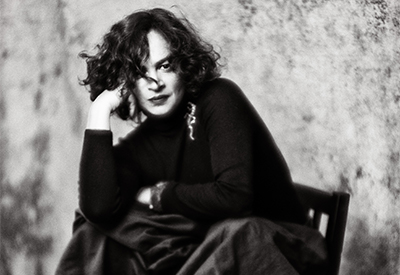 In their 30 years as a choreographic duo Sol León and Paul Lightfoot have built a rich repertoire of over fifty works which show a wide range of compelling pieces that, however diverse, share a strong, innovative artistic voice. They have mastered a powerful, yet tender and sometimes humorous dance aesthetic that is consistently rooted in emotion and often leans on theatrical aspects. As house choreographers of NDT since 2002, the artistic voyage of both choreographers and their partnership, is a celebration of their unpredictable and idiosyncratic style, and their inexhaustible work ethic. León and Lightfoot have shown no fear in bearing their fragility, their euphoria or their personal struggles through their work. By doing so they have given colour to the company as one that is not afraid to take artistic risks and that pushes the boundaries of creativity, highlighting NDT as one of the best modern dance companies on national and international level.

Sol León joined NDT after graduating from the National Ballet Academy of Madrid in 1987 and danced masterpieces of Jiří Kylián, Hans van Manen, Mats Ek and Ohad Naharin. She continued to dance up until 2003, when she decided to fully devote herself to choreography. León became artistic advisor for NDT in 2012.