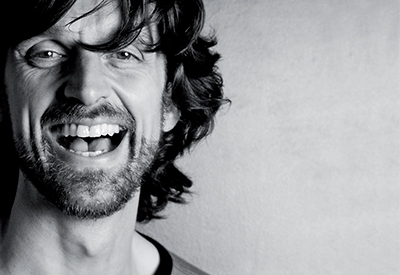 In their 26 years as a choreographic duo Sol León and Paul Lightfoot have built a rich repertoire of over fifty works which show a wide range of compelling pieces that, however diverse, share a strong, innovative artistic voice. They have mastered a powerful, yet tender and sometimes humorous dance aesthetic that is consistently rooted in emotion and often leans on theatrical aspects. As house choreographers of NDT since 2002, the artistic voyage of both choreographers and their partnership, is a celebration of their unpredictable and idiosyncratic style, and their inexhaustible work ethic. León and Lightfoot have shown no fear in bearing their fragility, their euphoria or their personal struggles through their work. By doing so they have given colour to the company as one that is not afraid to take artistic risks and that pushes the boundaries of creativity, highlighting NDT as one of the best modern dance companies on national and international level.

Paul Lightfoot studied at the Royal Ballet School in London. He joined NDT where he danced until 2008. During his dancing career, Lightfoot started choreographing and together with Sol León he created many pieces for NDT. Lightfoot became artistic director of NDT in 2011.