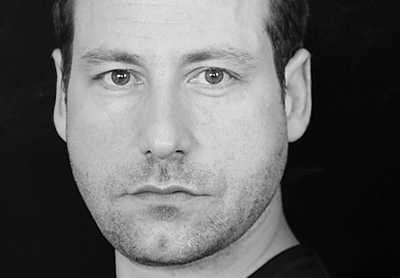 “Amusing, enigmatic and astonishing are the descriptive adjectives that make one want to follow the dynamic path of this singular dancer-choreographer. Take note of his name – Olivier Dubois.”  (Télérama Sortir, Paris, France)

Born in 1972, Olivier Dubois made his début as a professional dancer at age 23. Despite having the physique of a wrestler, he enjoyed a persified career as a dancer for a dozen years, including working in Las Vegas in 2003 with Céline Dion and the Cirque du Soleil, and for the choreographers Karine Saporta, Angelin Preljocaj, Jan Fabre and Sasha Waltz. All of it provided material for reflection on the status and role of the dancer, and the dancer’s relations with the choreographer, the audience and the works in the repertoire. That questioning lies at the heart of his artistic approach, and gave rise to the solo Pour tout l’or du monde in 2006. It was such a success at the Sujet à vif event in Avignon that he founded the Compagnie Olivier Dubois in 2007 to pursue his adventures in choreography. The compagny has been renamed Ballet du Nord Olivier Dubois in 2014. That same year he received the Prix du Syndicat de la critique for his solo piece and for his accomplishments as a professional dancer. In October 2011, this atypical dancer was named one of the 25 top dancers in the world by the magazine Dance Europe. In 2012 he was officially accredited by education authorities as a dance professor, based on his accomplishments.

In Pour tout l’or du monde, presented in Montreal in 2011 as part of Escales improbables, he is alone onstage and uses a dance pole as he questions, with a great deal of humour, the merchandising of the dancing body and the perse codes of dance. In 2008 at the Avignon Festival he took on the notion of the repertoire by adapting the mythic choreography of Vaslav Nijinski in the solo Faune(s) and then in the duo À nos faunes. That year he received the Premier Prix Jardin d’Europe at the ImpulsTanz Festival in Vienna. In 2010 he took a second plunge into the world of the Ballets Russes by responding to a commission from the Ballet de Monte-Carlo with Spectre, an update of Diaghilev’s famous Spectre de la rose. At the same time he slipped into the skin of Frank Sinatra with the dark and luminous duo L’homme de l’Atlantique.

Meanwhile Olivier Dubois had created En Sourdine and Peter Pan, the first two parts of the Bdanse project. He then choreographed La Périchole by Offenbach, directed by Bérangère Jannelle at the Opéra de Lille. His triptych on the theme of resistance began with 12 female pole dancers in Révolution. To Ravel’s Boléro arranged by his long-time colleague the composer François Caffenne, the women let their anger mount for over two hours. Part 2 was his 2011 solo Rouge, an explosive male response. The triptych closes with Tragédie, where the body serves as a cog in service to the piece. Created in 2012 for the Avignon Festival, Tragédie features both genders in resistance, the better to abolish barriers and reveal the common denominator of their humanity.

It was also in 2012 at the Musée d’art moderne in Paris that Olivier Dubois choreographed a lengthy kiss to the music of Stravinsky’s Sacre du printemps in the male duo Prêt à baiser. In 2013 he used the pounding of feet on the ground that marks Tragédie again in Souls, a work for seven dancers from seven African countries that echoes his previous variations on L’Après-midi d’un faune and evokes the birth of dance.

Working with 120 amateurs, the choreographer created Envers et face à tous, a troubling reflection on the dance profession in the exhibit L’interprète dévisagé. Consisting of testimonials from some forty dancers from various backgrounds, it was presented in Paris and in Lyon.