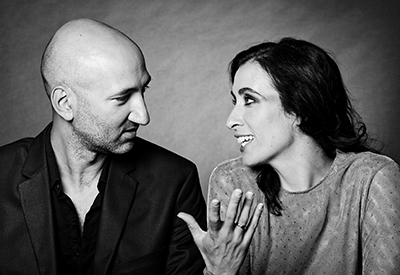 After studying in Seville and Madrid, Quebecer Myriam Allard pursued dance studies with masters who, like Israel Galván, combined purity of form with modernity. In Andalusia she met the multidisciplinary artist Hedi Graja, who had studied theatre and classical singing in France. She travelled the world performing with various troupes while he completed his studies and began a career as an actor. In 2005 they met up once again in Montreal, where they embarked on very personal research to create a form of flamenco close to their hearts, and together founded La Otra Orilla. Moi&lesAutres is the third show of theirs to be presented by Danse Danse and the Cinquième Salle, after El12 and HomoBLABLAtus.