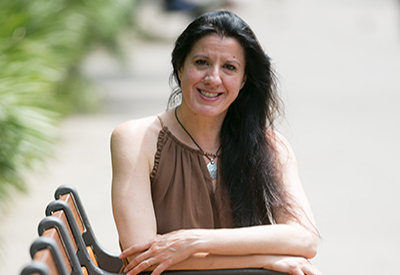 Maria Pagés was born in Sevilla. She is internationally renowned for her personal aesthetic concept of the art of flamenco. Comprehending that Art has no limits, she has conquered a place in her own right in the global dance panorama. Using the fundamental codes of the Flamenco language, researching within and beyond this language, Pagés has proved to be a pioneer in the understanding of Flamenco as an Art in evolution, contemporary and alive. She has overcome cultural differences in her choreographies, convinced that artistic interchange favors better understanding between human beings. In her own words, Flamenco is a clear example of how the union of cultures and religions, can create a common echo.

She started her professional career in the Antonio Gades Company. Highlights of her movie collaborations are her participation in Carmen, El Amor Brujo and Flamenco, all choregraphed by Antonio Gades and directed by Carlos Saura.