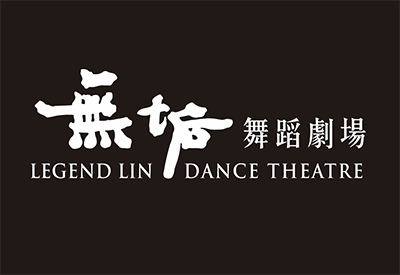 The history of Legend Lin Dance Theatre is very much the story of its artistic director and choreographer Lin Lee-Chen. She founded the repertory company for the purpose of presenting large-scale performance works that reflect the spirit and culture of her native Taiwan. Inspired by local religious rituals and ceremonial rites celebrating the rhythms of nature and our place in it, the artistry of the Legend Lin Dance Theatre blends a lush visual aesthetics with a brilliantly original choreography that gives new meaning to the phrase “poetry in motion.”

A show-stealer at the Festival d’Avignon in 1998, Miroirs de Vie was inspired by the Jiao, a Daoist open-air ceremony held during the Ghost Festival in the seventh lunar month, when the angry spirits of the un-cared-for dead are temporarily allowed to return to the world of the living. Having grown up in the harbor town of Keelung, where the Jiao has been practiced for centuries, Lin Lee-Chen was a frequent witness to the power and beauty of this appeasement ceremony, and her Miriors de Vie is an aesthetic tribute to this local cultural tradition.

In its many appearances overseas, the company has won praise from critics and audiences alike. Its Hymne aux Fleurs qui Passent, which pays tribute to the cycle of the seasons and the complementary principles of Yin and Yang, garnered the Prix du Public at the 9th Biennale de la Danse de Lyon in 2000 and broke attendance records at the Festival de Otoño the following year. The work was subsequently performed in Italy, Germany, Austria, U.S. and Mexico, bringing Legend Lin Dance Theatre onto the world stage.

In 2009, Legend Lin Dance Theatre presents the final work of the series, Chants de la destinée after nine years. Inspired by watching the eagles at Keelung Harbor, Lin Lee-Chen’s hometown, the choreographer weaves her original tribal myth with a pensive eye, reflecting on the harm done to our environment and ourselves by human avarice. This long-awaited piece completes the trilogy of the choreographer's tribute to Heaven, Earth, and Man, and once again stuns the world stage. With this repertoire, Legend Lin paid its first visit to one of the most prestigious theater in the world—Théâtre National de Chaillot in Paris in 2011—and also made a big success in Hong Kong World Culture Festival, Teatro Alfa in Brazil, Chekhov International Theatre Festival in Russia, Festival Internacional Cervantino in Mexico and World Theatre Festival Shizuoka under Mt. Fuji in Japan in the following years.

In 2015, celebrating its twentieth anniversary, Legend Lin brought back Hymne aux Fleurs qui Passent, a classic that has not been performed on stage for ten years, to sold-out performances at its premier stage at National Theatre, Taipei.