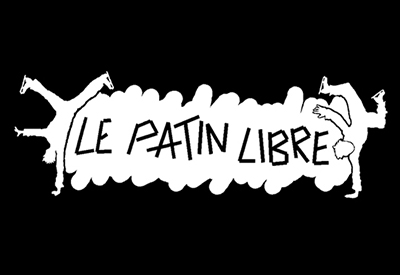 Le Patin Libre is a contemporary ice skating company from Montreal. This performance art uses ice, skates and glide as medias. Some people see our work as a form of “contemporary dance on ice”. The first collective was founded in 2005 by ex high-level figure skaters. They regrouped with the intention of transforming their athleticism into a mean of free expression. Far from sparkles, stereotypes and champions’ demos, the creations of Le Patin Libre propose real works of art exploiting the amazing choreographic and theatrical potential of glide.

Since 2005 and its first demonstrations on frozen ponds, Le Patin Libre evolved a lot. What started as a little spontaneous explosion is now refined into an intelligent artistic project. “The new skating style” slowly became a new performance art form in its own right. At the base of our work, there is one great question: “what is skating?” Until now, our research projects always bring us back to the same thing: glide. Glide is the possibility to imprint movement on immobile bodies. It is the uniqueness of our dance. It is the magic we play with, until it becomes a vertigo, for our own enjoyment and the one of our public.

Between dance, sport and play, skating is a very special activity. Although we are committed to its artistic existence, we also celebrate its identity as a form of leisure and its important place in the culture in which our project was born. We are particularly thrilled by the various initiatives making skating a dance accessible to everybody. We dream about ice rinks opened to all and redefined into cultural centers and dance halls. With our tours in small winter events for family and other initiatives, we are active in various organized or spontaneous activities where people can live magical moments on ice rinks.