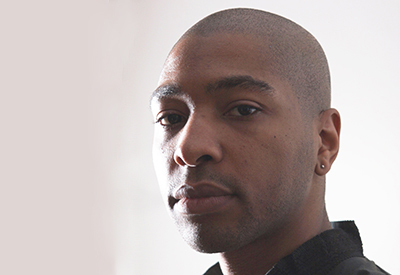 2012 Jacob’s Pillow Dance Award recipient and 2012 USA Ford Fellow, Kyle Abraham, began his training at the Civic Light Opera Academy and the Creative and Performing Arts High School in Pittsburgh, Pennsylvania. He continued his dance studies in New York, receiving a BFA from SUNY Purchase and an MFA from NYU Tisch School of the Arts.

In November 2012, Abraham was named the newly appointed New York Live Arts Resident Commissioned Artist for 2012-2014. Just one month later, Alvin Ailey American Dance Theater premiered Abraham’s newest work, Another Night at New York’s City Center to rave reviews. Rebecca Bengal of Vogue writes, “What Abraham brings to Ailey is an avant-garde aesthetic, a original and politically minded downtown sensibility that doesn’t distinguish between genres but freely draws on a vocabulary that is as much Merce and Martha as it is Eadweard Muybridge and Michael Jackson.”

In 2011, OUT Magazine labeled Abraham as the “best and brightest creative talent to emerge in New York City in the age of Obama”.

Abraham received a prestigious Bessie Award for Outstanding Performance in Dance for his work in The Radio Show, and a Princess Grace Award for Choreography in 2010. The previous year, he was selected as one of Dance Magazine’s 25 To Watch for 2009.

His choreography has been presented across the United States and in Germany, Jordan, Ecuador, Ireland and Japan. An installation piece of his was featured at Springboard Montreal in 2008.

In addition to performing and developing new works for his company, Abraham.In.Motion, Abraham also teaches his unique approach to post-modern dance in various schools and studios throughout the United States, and is currently working on a new pas de deux for himself and acclaimed Bessie Award winning dancer and New York City Principle, Wendy Whelan while creating new works for his company A/I/M.