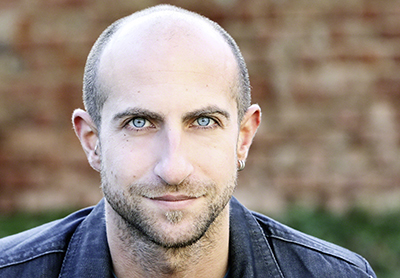 Ihsan Rustem was born in London, where he trained at the Rambert School of Ballet and Contemporary Dance. Rustem began his professional career at the age of 17, joining Matthew Bourne's Adventures in Motion Pictures, followed by engagements with Ballett Theater Munich (Staatstheater am Gärtnerplatz) and Introdans in The Netherlands.

In 2010 Sarah Slipper invited Ihsan to Portland, Oregon USA, where he created State of Matter for the Northwest Dance Project, a piece which went on to win both the 2012 Sadler’s Wells Global Dance Contest and the Audience Choice Award at the 25th International Competition for Choreographers Hannover. In 2015 Ihsan was appointed Resident Choreographer for NWDP and is Artistic Director of the Dance Art Studio Ballettschule Luzern, Switzerland.

Rustem was in 2014 the recipient of Hubbard Street Dance Chicago's International Commissioning Project and a winner of Whim W'him's inaugural Choreographic Shindig 2015. He was a featured choreographer for Russia's TV show The Bolshoi Ballet.