Hofesh Shechter is back to set the Montreal stage ablaze with the furious dance, explosive music and 14 dancers of Sun. In a boisterous masquerade, he removes the masks worn in an apparently perfect world. Fierce and incisive.

A previous visit in 2009 featured the furious dance and explosive music of Uprising, part of a double bill that included In your Rooms, a piece inspired by the riots in the outer suburbs of Paris and other French cities. This was followed in 2012 by Political Mother, a powerful and very moving piece about dictatorship and oppression that made a big impression. With the 14 dancers of Sun, created in 2013, Hofesh Shechter probes the connection between the individual and society.

He explores the idea of a social structure that, like the sun, can be beneficial to man but also a threat. Between shadow and light he creates an ambiguous space where beauty and evil sometimes get along, where humour and sarcasm soothe tensions. He invents a singular tribe that he subjects to the caprices of a Machiavellian master of ceremonies, a hollow character from a society in search of meaning.

He orchestrates a feast where Wagner flirts with electro rock and bagpipes with mantras in a joyous mingling of classical, tribal, social, folk and contemporary dance. In a series of contrasting, often theatrical sequences, he shows how, under the apparent comfort of an almost perfect world, our values, judgements and indeed our lives are shaped by the notion of might is right. Fierce and incisive.

Born in 1974, Hofesh Shechter studied dance and percussion and was a member of the renowned Batsheva Dance Company. Based in London since 2002, he began his career as a choreographer two years later after winning a competition with the duo Fragments, for which he also composed the music. His career exploded rapidly, and his work has been presented on major stages all over the world. In 2008 he founded the Hofesh Shechter Company, but continued to work on outside collaborations and to accept commissions from important institutions such as the Cedar Lake Contemporary Ballet in New York and the Royal Ballet in London. He is an associate artist at the prestigious Sadler’s Wells Theatre, and his company is the resident company at Brighton Dome.

The Hofesh Shechter Company production crew would like to thank RNSS, Graeme McGinty, Steve Wald, Sam Rogerson, Matt Bigg and the production staff of the Theatre Royal Plymouth and TR2. 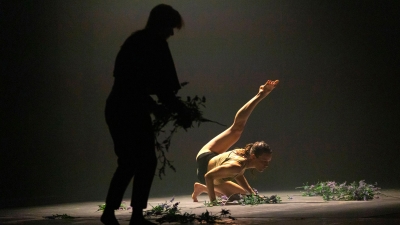 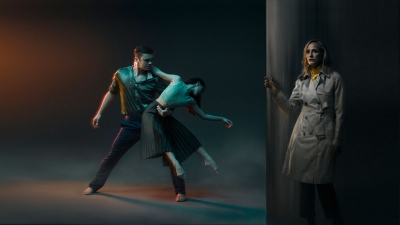 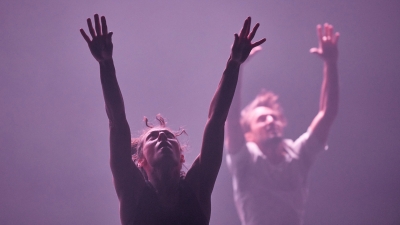