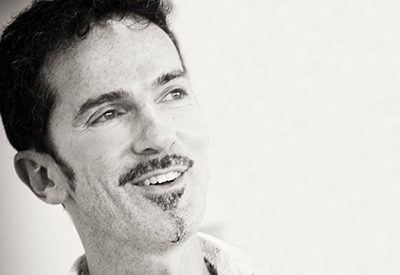 Of Algerian roots, Hervé Koubi grew up in the South of France where he studied both biology and dance at the University of Aix-en-Provence before graduating as a Pharmaceutical Doctor in 2002

His first teachers were Anne-Marie and Michèle Sanguin and Nathalie Crimi, founders of Espace 614 of Mouans Sartoux on the Côte d'Azur. After deciding to concentrate on a dancing career and graduating from the world-renowned Rosella Hightower School of Dance in Cannes, Koubi gained professional experience as a dancer with the National choreographic centers of Nantes and Caen and with Thierry Smits - Compagnie Thor in Brussels.

In 2000, Hervé Koubi created his first personal project Le Golem. Since 2001 he has collaborated with Guillaume Gabriel for all his creations. He created Menagerie and Les abattoirs, fantaisie… In 2006 he worked with musical artist Laetitia Sherrif for the creation of 4′30". In 2007, he reworked a piece created in 1997 on the Promenade de la Croisette in Cannes, Les Heures Florissantes (The Flowering Hours), for the Festival Cadence in Arcachon, as well as creating the contemporary and unusual work Moon Dogs — a Discovery of the movements of Hip-Hop.

He is Associate Choreographer at the Pole National Supérieur de Danse since 2014 and at the Conservatoire de Danse de Brive-la-Gaillarde since 2015.