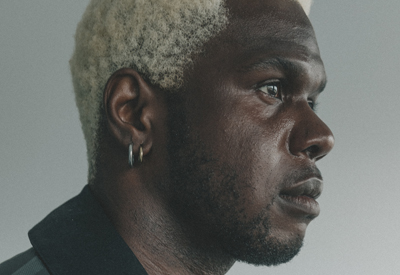 Handy "HYA" Yacinthe is one of the pioneers who has built today's popping dance community in Quebec and is a great influence in the street dance scene here and abroad. His artistic contribution has inspired many across Canada and internationally. A creator, innovator and experimenter in his own right, but above all an artist belonging to the Canadian street dance heritage. A dancer and experimenter for 25 years, his career has spanned from cyphers, battles, stage work, as a choreographer, with productions, short films in dance, pedagogy, mentoring and the entertainment business.

Being present on various major international stages; Handy "HYA" Yacinthe toured in Canada, Europe and Asia. He is the first and only three-time winner of the acclaimed event Popping Forever based in Amsterdam (Holland) and Osaka (Japan). Handy won in 2013, twice in 2017, was the finalist in 2018 and semi-finalist in 2019.  He also designed the innovative street dance festival Jack of All Trades. JOAT events have been held in Singapore, Taiwan, India, Vancouver, Los Angeles, the United Kingdom and Japan. JOAT has been a major influence in the international popping scene. He brought a different paradigm to the dance battles circuit, inviting artists to expand their expression in the Popping/Boogaloo culture.  In addition, JOAT's World Grand Finals takes place in Montreal, which is now an international outlet for Montreal street dance.

Handy Yacinthe was a co-choreographer for Bluprint Cru on the American television show America's Best Dance Crew and the American movie Step Up 5. His choreographic skills have been used in a work of Franco Dragone and for the collective Brat Pack at Canada's Got Talent. He was an artistic consultant for Danser Pour Gagner and is the creator of the choreographic style for the collective C4, a finalist group that was on the TV show Danser Pour Gagner on V télé and Révolution on TVA. During these professional years, he has collaborated as a creator and performer with Cirque du Soleil, Rubberband Dance, Just for Laughs Festival and others. His work has been presented on different stages such as La Cinquième Salle, Phoenix Stadium in Arizona (USA), Stade de Bercy in Paris (France) and Stadsschouwburg Theater in Amsterdam (Holland) to name a few.

What set Hya apart in the international popping world was its multidisciplinary skill in the Popping/Boogaloo culture. From the very beginning Handy has been interested in many dance styles related to Popping/Boogaloo culture. He has perfected his skills in popping, robot, animation, tutting, ticking and expresses himself at a high level in boogaloo, puppet, scarecrow, glides, waving, toyman, footwork and others. His artistic path has led him to create an approach that is personal to him, he built the Organic Mechanics system. A system now shared in his workshops.