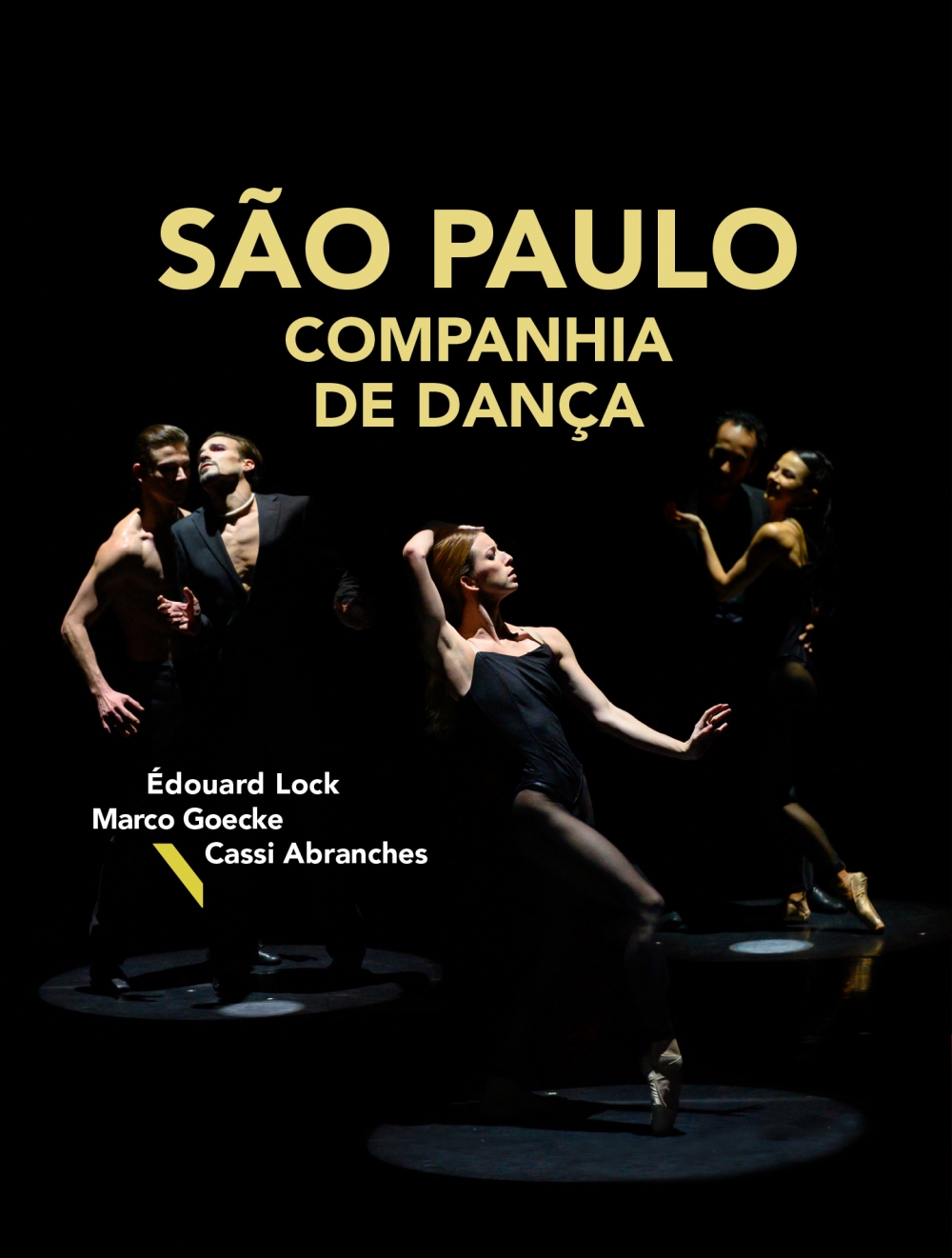 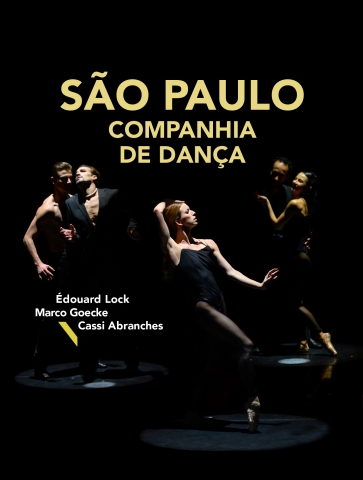 Danse Danse sincerely thanks BNP Paribas for its support. You give wings to the artists and offer a precious gift to the public.

A word from Danse Danse 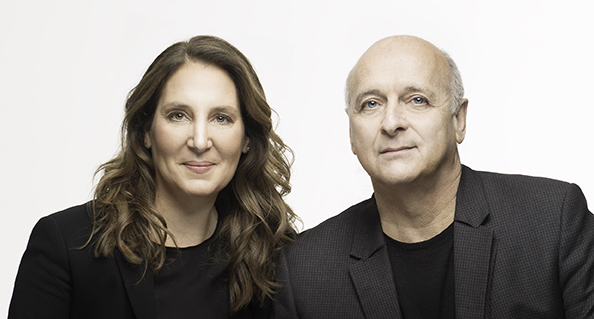 What a pleasure it is to be able once again to welcome an international company, the São Paulo Companhia de Dança from Brazil!

We’re very excited to welcome them for the second time with a triple bill that highlights three choreographers from three continents and presenting three distinct aesthetics. We’re very fond of this Brazilian company led by a wonderful woman, Inês Bogéa, who inspires great strength and humanity in her wonderful performers.

Choreographer Édouard Lock, who has created two pieces for the company, is equally fond of her. This is a unique opportunity to witness his work and his immense talent, of which we are very proud.

We’re truly delighted to be able to share this experience with you. Thank you for being here!

Danse Danse acknowledges that we are gathered on the traditional and unceded territory of the Kanien’keha:ka Nation. We honour the continued presence of Indigenous peoples on the Tiohtiá:ke (Montreal) territory, which has long served as a meeting place for exchanges between nations, and we are grateful for the opportunity to present live works of art here.

A word from the Artistic Director 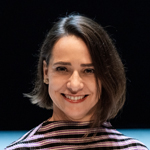 We’re delighted to return to Montréal for this new tour to present Trick Cell Play, Édouard Lock’s latest creation for the São Paulo Companhia de Dança. It’s interesting to see how his choreography resonates in the bodies of our dancers, with their unique accents and intensities. The program also highlight’s the company’s versatility, with the delicacy and precision of Marco Goecke’s duet Pássaro de Fogo (The Firebird) and the energy and vibrancy of Cassi Abranches’ Agora. We’re inspired by Montréal audiences’ passion for dance.

We are very pleased that following our first visit to the city in 2016, Édouard Lock received Montréal’s Grand Prix de la Danse. We look forward to seeing you again!

Created in January 2008 by the Government of the State of São Paulo, São Paulo Dance Company (SPDC) is directed by Inês Bogéa, Ph.D. in Arts, dancer, documentary filmmaker and writer. Throughout this period, the Company has been seen by an audience of more than 865.000 people in different countries (Argentina, Austria, Belgium, Canada, Chile, Colombia, France, Germany, Holland, Israel, Italy, Luxembourg, Paraguay, Switzerland, the United States of America, Uruguay, Mexico), experiencing approximately 150 cities, totaling more than 1.060 performances. The Company has a varied repertoire, ranging from classical to contemporary. Recognized by specialized critics as one of the main dance companies of Latin America, since its creation, the Company has produced more than 85 choreographies, including commissioned new works of important names of international dance like Édouard Lock, Richard Siegal and Marco Goecke, and Brazilian choreographers, as Rodrigo Pederneiras, Henrique Rodovalho e Jomar Mesquita; and restagings of works from Jirí Kylián, William Forsythe, George Balanchine, Nijinska, Nacho Duato among others.

SPDC searches for a connection with the audience by curiosity and perception of the dance world in motion. The programs show the variety of the repertoire of SPDC and the dynamics of Brazilian dancers. The dancers are versatile and able to move from classical to contemporary dance with a particular accent. The Company is a meeting place of distinct artists – such as choreographers, light designers, photographers, guest lecturers, restagers, writers, artists, cartoonists, musicians, costume designers and others. 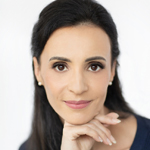 Édouard Lock began his choreographic career at the age of 20 and founded La La La Human Steps in 1980.

Over the years Mr. Lock has been invited to create works for some of the world’s leading dance companies, including the Paris Opera Ballet, the Het Nationale Ballet of Holland, The Nederlands Dans Theater, the Cullberg Ballet and the Royal Ballet of Flanders.

At the invitation of Robert Carson and the Paris Opera, Mr. Lock choreographed Les Boréades composed by Rameau and performed by his company LHS at Le Palais Garnier.

His works have garnered many awards, including the Chalmers choreographic prize, the New York Dance and Performance Award, the Prix Denise-Pelletier, the National Arts Centre Award, the Benois de la Danse choreographic award given in Moscow, the Governor General’s Performing Arts Award, the Premio Positano Leonide Massine Award, The Molson Prize given by the Canada Council for the Arts and an honorary doctorate granted by the Université du Québec.

Various films have been made on Mr. Lock’s work including Le Petit Musée de Vélasquez directed by Bernar Hébert, and the documentary Inspirations by British director Michael Apted, which also included Roy Lichtenstein, Tadao Ando and David Bowie amongst others.

Mr. Lock was named a Chevalier de l’Ordre National du Québec and Officer of the Order of Canada. 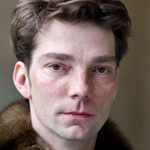 Marco Goecke was born in Wuppertal, Germany. He trained as a dancer at the Heinz-Bosl-Stiftung in Munich as well as the Royal Conservatory of The Hague and worked at the Staatsoper im Schiller Theater Berlin and Theatre Hagen. After choreographing works in Hagen and for Stuttgart Ballet’s Noverre-Society, Marco Goecke created ballets for New York City Ballet (Mopey, 2004) and Stuttgart Ballet (Sweet Sweet Sweet, 2005). Marco Goecke became Choreographer in Residence at Stuttgart Ballet in 2005.

Born in São Paulo, Brazil, in 1974, Cassi Abranches began her dance studies in 1982 at Escola Municipal de Bailados, SP. As a dancer, Cassi performed with Brazil's Raça Cia de Dança, Balé do Teatro Castro Alves and Balé do Teatro Guaíra, before she joined Grupo Corpo in 2001, where she danced until 2013.

Besides her work for dance companies, Cassi has choreographed for film, commercials and  music videos, including the creation of  “Pas-de-Deux” from the movie Rio, I Love You.

Most recently, she was Director of Movement and Choreographer of Rio 2016 Paralympic Games Opening Ceremony.

On 6 June, 2019, Cassi's latest work, Agora, was premiered by São Paolo Cia de Dança and then toured to the Moviemento Festival in Wolfsburg, Germany and tours Europe and the UK in 2020.  In February, 2020, Agora received the APCA Award 2019 in Sao Paolo for Best Choreography/Creation.

Movement linked to iconic operas and their collective memories, deconstructed, the sweetness stripped away in a gradual descent into a nihilistic terrain, reflecting both a darker view of the passions expressed in these arias and the fragmentation of the social utopia that gave them birth. A dance like wind in grass between dusk and night. Trick Cell Play.

Marco Goecke created this pas de deux to the music of Stravinsky’s ballet The Firebird, with premiered in 1910 – in the 100th anniversary of the masterpiece, during the Holland Dance Festival (2010). Goecke takes what at that time was wholly in keeping with the character of the original Russian fairytale – Ivan Tsarevich’s fight against the magician Koschei too the captive Tsarevna and her playmates – and remodels it into an encounter between two shy creatures. For the music he chooses: the lullaby that the mythical firebird uses to put the magician and his companions to sleep, adding the triumphant finale. His duet can also be interpreted as a meeting between the firebird and the prince, two creatures of different natures: a bird that dances and a human who flies, says Nadja Kadel, Drammaturg.

The third commission by Cassi Abranches to the São Paulo Dance Company, explores the word “time” in every possible meaning regarding: musical aspect with dynamics and sonorities; chronological aspect with memories and expectations, temperature with different degrees and intensities. The choreographer sculpts the movements in each dancer's body from the musical rhythms of the track composed by Sebastián Piracés, which uses drums and Afro-Brazilian percussion elements, mixed with contemporary rock and singing.