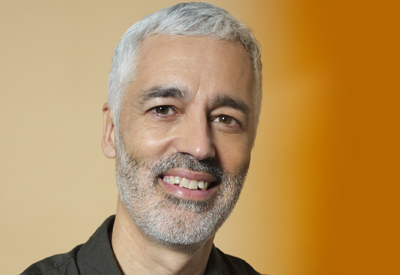 A prolific and inventive director, Eric Jean is known and appreciated for his commitment to up-and-coming artists, both as a teacher and at the professional level. He has served as artistic and general director of the Théâtre de Quat'Sous from 2004 to 2016, and it was during his tenure that the theatre was reborn with an award-winning architecture. Eric Jean is currently associate director and artistic director of the theater company Les 2 Mondes.

After his first collaboration with BJM as director and dramaturge of Dance Me - Music by Leonard Cohen, Eric Jean has returned to the company in August 2020 as creative director of Vanishing Melodies.

In the world of theatre, Eric Jean has made his mark notably with his creative approach. Using structured improvisations as his point of departure, he also works in conjunction with playwright and set design, gradually piecing together his stage plays. Striking examples of this method, which he calls “writing as action”, are his piece Hippocampe, co-written with Pascal Brullemans, recipient of the 2003 Prix de la critique, and his 2009 staging of Chambre(s), co-written with Pascal Chevarie.

Other notable productions of his are Corps étrangers/Cuerpos extranos (2005), a piece co-written with Pascal Brullemans and first created in Mexico before being presented in Quebec. Opium_37 (2009-2011) was written in collaboration with Catherine Léger, after which he staged Luc Tartar’s play S’embrasent (2009-2017), Testament by Vickie Gendreau (2014), Le Joker (2016) by Larry Tremblay and Becoming Chelsea by Sébastien Harrisson.

Eric Jean is also the director of several short films including Testament, based on the novel by Vickie Gendreau and TOM - 15 courts films, based on the musical universe of Tom Waits.