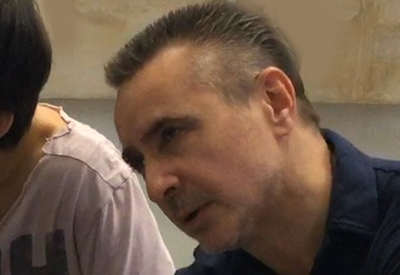 Edouard Lock began his choreographic career at the age of 20 and founded La La La Human Steps in 1980.

Over the years Mr. Lock has been invited to create works for some of the world’s leading dance companies, including the Paris Opera Ballet, the Het Nationale Ballet of Holland, The Nederlands Dans Theater, the Cullberg Ballet and the Royal Ballet of Flanders.

At the invitation of Robert Carson and the Paris Opera, Mr. Lock choreographed Les Boréades composed by Rameau and performed by his company LHS at Le Palais Garnier.

His works have garnered many awards, including the Chalmers choreographic prize, the New York Dance and Performance Award, the Prix Denise-Pelletier, the National Arts Centre Award, the Benois de la Danse choreographic award given in Moscow, the Governor General’s Performing Arts Award, the Premio Positano Leonide Massine Award, The Molson Prize given by the Canada Council for the Arts and an honorary doctorate granted by the Université du Québec.

Various films have been made on Mr. Lock’s work including Le Petit Musée de Vélasquez directed by Bernar Hébert, and the documentary Inspirations by British director Michael Apted, which also included Roy Lichtenstein, Tadao Ando and David Bowie amongst others.