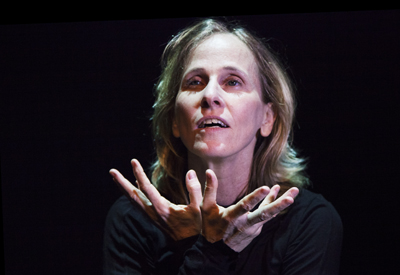 Daughter of a violinist and conductor, Deborah Colker was born in 1961 in Rio de Janeiro, Brazil. She played the piano for 12 years, studied psychology and was a professional volleyball player before beginning her professional dance career.

Between 1980 and 1988, she became a performer with Coringa, directed by the Uruguayan Graciela Figueiroa, an important dance company in Rio de Janeiro in the 1980s. In 1984, she was invited by the renowned Brazilian actress Dina Sfat to choreograph the movement scenes of a play. This was the beginning of what would be her professional career for the next 10 years: "Movement Director". She continued to collaborate with the most important directors and actors in Brazil in more than 30 plays.

She founded her own company in 1994 and has created a dozen shows since then. Her works Vulcão, Velox, Mix, Rota, Casa and 4 por 4 are celebrated by the public and critics.

In addition to dance performances, she also choreographs music and video shows, and works for film, circus and fashion. She collaborated several times in the famous parade of the samba schools, a major event of the Rio carnival. During the 2006 Soccer World Cup in Germany she created the only dance piece to be included in the cultural activities program, Maracanã, which was later integrated into the repertoire of Cia Deborah Colker under the title Dínamo. In 2009 Colker became the first woman to direct and choregraph a Cirque du Soleil show, OVO. Another highlight of her career has been the opening ceremony of the 2016 Rio Olympics which she choreographed for 6,000 dancers.

In 2001, Deborah Colker is the first Brazilian artist to win the Laurence Olivier Award (UK), for her show Mix.