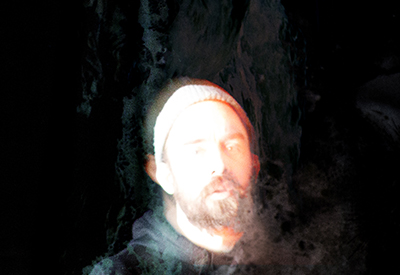 From 1994 to 2004, Dave St-Pierre has performed for Brouhaha Danse, Jean-Pierre Perreault and Daniel Leveillé.
In 2004 he founded the company Dave St -Pierre Inc. His works La pornographie des âmes (2004), Un peu de tendresse bordel de merde (2006) and Foudres (2012) are presented in several prestigious theaters and festivals such as the Festival D'Avignon, Théâtre de la Ville in Paris and the Sadler's Wells Theatre in London.
Dave made ​​several commissions, including a solo Versuchperson 2.0 (2013) for the Austrian dancer Silke Grabinger, presented at ImPuls Tanz in Vienna, as well as the staging of Macbeth / Bastard (2015), inspired by the performance of Shakespeare's Macbeth for Schauspiel Frankfurt.
He collaborated with Brigitte Poupart on several projects including the work What's Next (2011) and the movie Over My Dead Body (2012). Dave is a mentor and choreographer in the work Détruire, nous allons (2013) from young director Philippe Boutin.
Since 2013, with his sidekick / artist Alex Huot, he designed and created short videos, an amalgam of choreographies, collages and animated digital images under the pseudonym Dear Deer You Die.