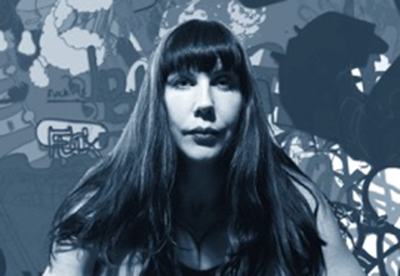 Dana Gingras is a choreographer, film-maker, performer and teacher. Her 25-year career using different mediums and artistic practices has established her has a game-changing, boundary-pushing artist.

In 1993, she co-founded The Holy Body Tattoo. The company changed the landscape of Canadian dance, earning numerous awards and honours for its stage and film work.

She went on to form Animals of Distinction (AoD) in 2006 to focus on her passion for new media and film. AoD’s work has been presented nationally and internationally across many different platforms including live performance, film, design, visual art and new media. Works include Smash Up, Heart As Arena, Chain Reaction, What Is Mine Is Yours, Somewhere Between Maybe and anOther.