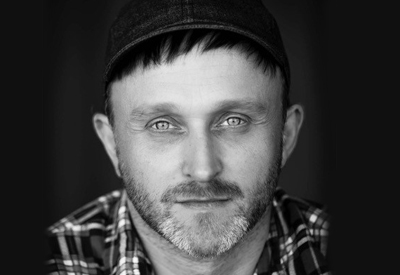 Damien Jalet is an independent Belgian and French choreographer and dancer whose work has been presented all over the world. Interested in the capacity of dance constantly reinventing itself by conversing with other media such as visual art, music, cinema, theatre and fashion; his works are often collaborative. He worked as a choreographer and dancer for companies such as Ballet C. de la B., Sasha Waltz and Guests, Chunky Move, Eastman, NYDC, Hessiches Staatballet, Paris Opera Ballet, Scottish Dance Theatre, Icelandic Dance Company, GöteborgsOperans Danskompani and many more. His works include vessel together with Japanese visual artist Nawa Kohei, a collaboration initiated during a four-month-long residency at Villa Kujoyama (Japanese medics villa in Kyoto). The performance for seven dancers has been presented in many important venues in Japan such as Rhom Theater Kyoto and Naoshima’s Art Site. He is the 2017 artistic director of the UK National Youth Dance Company, for which he created tarantiseismic which premiered at Sadler’s Wells. Jalet is as well resident artist at the theatre national de Bretagne (TNB) directed by Arthur Nauzyciel since 2017. In 2017 he directed Skid for the GöteborgsOperans Danskompani, a piece with 17 dancers entirely performed on a 10 square meter platform inclined at 34 degrees. Damien Jalet choreographed consequent sections of the upcoming film Suspiria directed by Luca Guadagnino, starring a.o. Tilda Swinton, Jessica Harper, Ingrid Caven with an original score by Thom Yorke. In 2018, he directed his first opera Pelleas and Melissande together with Sidi Larbi Cherkaoui with a set by Marina Abramovic, costumes by Iris Van Herpen and videos by Marco Brambilla at the Antwerp’s opera. Damien Jalet has been entitled knight of the arts and letters by the French government in 2013.