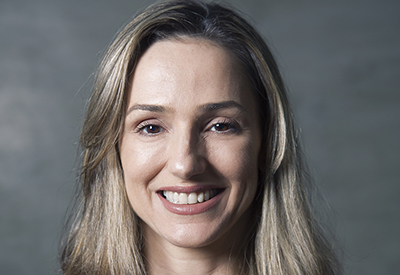 Born in São Paulo, Brazil, in 1974, Cassi Abranches began her dance studies in 1982 at Escola Municipal de Bailados, SP. As a dancer, Cassi performed with Brazil's Raça Cia de Dança, Balé do Teatro Castro Alves and Balé do Teatro Guaíra, before she joined Grupo Corpo in 2001, where she danced until 2013.

Besides her work for dance companies, Cassi has choreographed for film, commercials and  music videos, including the creation of  “Pas-de-Deux” from the movie Rio, I Love You.

Most recently, she was Director of Movement and Choreographer of Rio 2016 Paralympic Games Opening Ceremony.

On 6 June, 2019, Cassi's latest work, Agora, was premiered by São Paolo Cia de Dança and then toured to the Moviemento Festival in Wolfsburg, Germany and tours Europe and the UK in 2020.  In February, 2020, Agora received the APCA Award 2019 in Sao Paolo for Best Choreography/Creation.