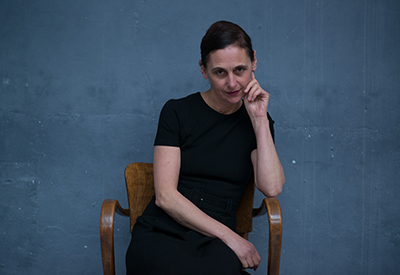 In 1980, after studying dance at Mudra School in Brussels and Tisch School of the Arts in New York, Anne Teresa De Keersmaeker (b. 1960) created Asch, her first choreographic work. Two years later came the premiere of Fase, Four Movements to the Music of Steve Reich. De Keersmaeker established the dance company Rosas in Brussels in 1983, while creating the work Rosas danst Rosas. Since these breakthrough pieces, her choreography has been grounded in a rigorous and prolific exploration of the relationship between dance and music. She has created with Rosas a wide-ranging body of work engaging the musical structures and scores of several periods, from early music to contemporary and popular idioms. Her choreographic practice also draws formal principles from geometry, numerical patterns, the natural world, and social structures to offer a unique perspective on the body’s articulation in space and time.

From 1992 until 2007, Rosas was in residence in the Brussels opera house De Munt/La Monnaie. During this period, De Keersmaeker directed a number of operas and large ensemble pieces that have since been performed by repertoire companies worldwide. In Drumming (1998) and Rain (2001), both with Ictus contemporary music ensemble, complex geometric structures in point and counterpoint, together with the minimal motivic music of Steve Reich, created compelling group choreographies that remain iconic and definitive of Rosas as a dance company. Also during her time at La Monnaie, De Keersmaeker created Toccata (1993) to fugues and sonatas of Johann Sebastian Bach, whose music has continued to be a recurring thread in her work. Verklärte Nacht (both the 1995 version for fourteen dancers and the 2014 version for three) unfolded De Keersmaeker’s expressionist side, bringing the stormy narrative of Arnold Schönberg’s late romantic string sextet to life. She ventured into theater, text, and interdisciplinary performance with I said I (1999), In real time (2000), Kassandra - speaking in twelve voices (2004), and D’un soir un jour (2006). She highlighted the use of improvisation within choreography in tandem with jazz and Indian music in such pieces as Bitches Brew / Tacoma Narrows (2003, to the music of Miles Davis), and Raga for the Rainy Season / A Love Supreme (2005).

De Keersmaeker’s latest pieces mark a visible “stripping down” of her choreography to essential principles: spatial constraints of geometric pattern; bodily parameters of movement generation, from the utmost simplicity of walking to the fullest complexity of dancing; and close adherence to a score (musical or otherwise) for the choreographic writing. In 2013, De Keersmaeker returned to the music of Bach (performed live) in Partita 2, a duet between herself and Boris Charmatz. Also in 2013, she created Vortex Temporum to the spectral music piece of the same name written in 1996 by Gérard Grisey. Taking her penchant for writing movements from musical scores to an extreme level of sophistication, Vortex Temporum had a one-to-one ratio between the Rosas dancers and the live Ictus musicians, bringing the choreography and the music into meticulous dialogue. In 2015 this piece was adapted to a durational exhibition format at WIELS in Brussels under the title Work/Travail/Arbeid. Also in 2015, Rosas premiered Golden Hours (As you like it), using for the first time a body of text (Shakespeare’s As You Like It) as the score for movement, thus allowing the music (Brian Eno’s 1975 album Another Green World) to recede from strict framework to soft environment.

In A Choreographer’s Score, a three-volume monograph published by Rosas and Mercatorfonds, De Keersmaeker offers the performance theorist and musicologist Bojana Cvejić wide-ranging insights into the making of four early works as well as Drumming, Rain, En Atendant (2010), and Cesena (2011).

At the beginning of 2017 she was invited by the Paris Opera to direct Mozart’s Così fan tutte. In August of the same year she creates Mitten wir im Leben sind/Bach6Cellosuiten with the cellist Jean-Guihen Queyras.