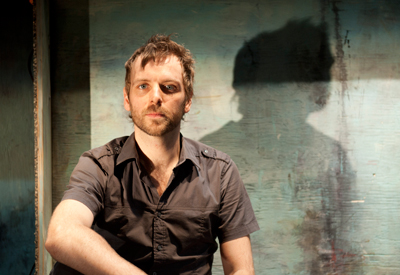 A choreographer, dancer, director and visual artist, Alan Lake combines his multiple passions and talents in works he has been creating since 2003 in the Alan Lake factori(e) research lab he founded in Quebec City. Themes of landscape, the recurring cycles of life and the polarity of reality underscore his work. His virtuoso movement is driven at times by impulses of memory, at times by resistance to that very impulse. it was while researching objects and organic imagery that the visual artist Alan Lake discovered dance. Before he had even completed his studies at the École de danse de Québec, he had presented multidisciplinary pieces based on movement. His seventh choreography Ravages includes a film, as did Chaudières, déplacements et paysages (2009) and Là-bas, le lointain (2012). recognized as one of the most talented emerging artists in Quebec City, he received the people’s choice award at Vidéastes Recherché•es for 9 minutes, 2 Fois (2004).