The charismatic British choreographer Akram Khan draws inspiration from the whimsical personality of Stravinsky in a Dantean epic brilliantly performed by 11 phenomenal dancers. Cultures, genres and eras are mixed together in captivating tableaux that stimulate the imagination. Amazing.

When he received the commission for a piece celebrating the centennial of The Rite of Spring, Akram Khan immediately knew that he would create a very contemporary echo of this mythical work rather than presenting a reworking of the piece. He was inspired by Igor Stravinsky’s personality in creating this Dantean epic performed with brio by 11 phenomenal dancers, adding the themes of love, marriage and faith to that of sacrifice. Only 30 seconds of Stravinsky’s composition are included, slipped in amidst music by Jocelyn Pook, Ben Frost and Nitin Sawhney, the composer of Vertical Road – presented in 2011 at Danse Danse, which had previously featured In-I in 2009 (a memorable duo with the actress Juliette Binoche) and ma in 2006.

“Stravinsky was the key, the guide, the map. He transformed the classical world of music by evoking emotions through rhythmic and structural patterns rooted in the concept of a woman dancing herself to death. This approach is a huge inspiration to me. I hope to reinvestigate it, not just through patterns as Stravinsky did, but also through exploring the human condition,” notes Akram Khan.

The result is a series of eclectic tableaux where cultures and eras are intermingled, while the emphatic movements of Indian kathak are combined with raw, contemporary dance that flirts with Russian folk dancing, hip hop, flamenco, butoh and even the movement of whirling dervishes.

A piece rich in delicate poetry and vital energy, it captivates the eye, stimulates the imagination and keeps spectators glued to their seats.

Born in London into a family of Bangladeshi origin, he pursues a search for identity and spirituality in incredible kathak solo pieces and ensemble works, collaborating with artists from disciplines ranging from dance to theatre, literature, film, visual arts and music. By age 40 he had received more than 20 awards and as many nominations. He is an associate artist at Sadler’s Wells Theatre in London and also with MC2: Grenoble, where the world première of iTMOi was presented in May 2013.

“iTMOi has fantastic thrust and excitement; at times it's a dreamy meditation, at others a regression to animalistic fundamentals” (The Times, Londres)

“65 exhilarating minutes of relentless terror and wonder; you’ve never seen anything like this.” (Time Out Sydney) 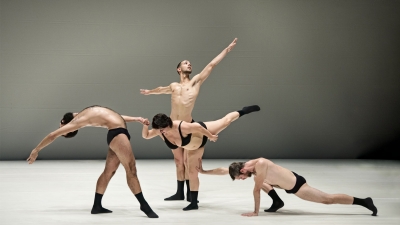 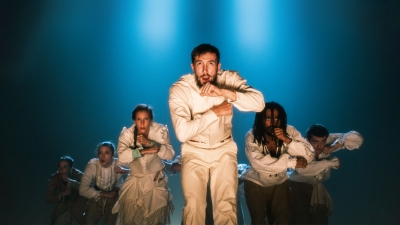