A new version of an acrobatic dance-theatre piece on the fierce yet tender relations between two convicts on a quest for love and liberty. An enclosed enclave that is pulsing and poignant, it reflects the cruelty of the world and our own rigid psychological imprisonment.

Released from our Prisons

In an imposing metal structure that resulted in a prestigious Bessie Award in New York for set designer Bernard Lagacé, two men oscillate between rage and despair. How does one cope with enforced proximity in a violent world? How do men create a semblance of the freedom they aspire to? Like two lions in a cage, they maintain vigilant watch on each other, confront each other. Their movement is fraught with tension; the clash of their bodies fierce. Restless and on edge, they hang from the bars of the cell, swinging from the bars in an acrobatic dance that is almost circus-like. Fortunately they are sometimes able to find small comfort in the shared tenderness and sensuality of furtive embraces.

Twenty-two years after Bagne was first presented, the choreographers Jeff Hall and Pierre-Paul Savoie have completely reworked this piece, a landmark in the history of Quebec choreography. They anchor their dance-theatre in the reality of our times by entrusting the performance to the two very intense young dancers Lael Staellick and Milan Panet-Gigon (from time to time replaced by Jonathan Fortin), and by drawing inspiration from images such as those from Abu Ghraib prison.

Performed live onstage, the new soundscape reinforces the feeling of urgency so prevalent in the original. The enclosed space is pulsing and poignant, a powerful metaphor for our own psychological imprisonment.

Two of a Kind

In 1987 Jeff Hall and Pierre-Paul Savoie created Duodénum, their first piece together, followed by Bagne and then Pôles. Jeff impressed with his physical performances and humour. Pierre-Paul made his mark as a striking dancer and vocalist. After a decade of rewarding artistic collaboration within PPS Danse, founded in 1989, each went his own way. Jeff Hall travelled through the Americas and Asia as a designer and choreographer for the circus, while Pierre-Paul Savoie stayed at the helm of his Montreal dance-theatre company, gradually opening it up to collaborations with others and also to works for young audiences. PPS is celebrating its 25th anniversary with this new version of Bagne. Created in 1993 by these two partners, a female version was presented in 1998 featuring Sarah Williams and Carole Courtois. More than 100 performances of both versions have touched thousands of spectators on both sides of the Atlantic. 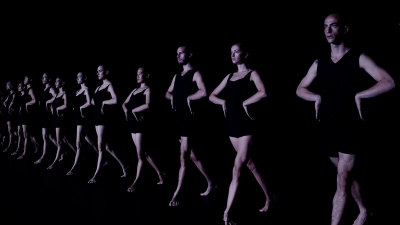