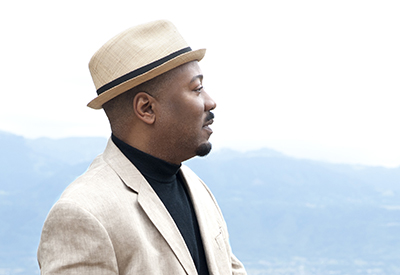 Alonzo King is a visionary choreographer who has changed the way we look at dance. King calls his works ‘thought structures’, created by the manipulation of energies that exist in matter through laws which govern the shapes and movement directions of everything that exists. His work is known worldwide for connecting audiences to a profound sense of shared humanity. Heralded by William Forsythe as “one of the few, true Ballet Masters of our time,” King has works in the repertories of the Royal Swedish Ballet, Frankfurt Ballet, Ballet Bejart, Les Ballets de Monte-Carlo, Joffrey Ballet, Alvin Ailey American Dance Theater, Hong Kong Ballet, NCDT, Hubbard Street Dance Chicago, and many others. He has collaborated with distinguished visual artists, musicians and composers across the globe including Pharaoh Sanders, James Campbell, Hamza El Din, Pawel Szymanski, Jason Moran, Charles Lloyd, and Zakir Hussain. Renowned for his skill as a teacher, King was honored with the Lifetime Achievement Award by the Corps de Ballet International in 2012. His training philosophy undergirds the educational programming at the Alonzo King LINES Dance Center of San Francisco, which includes the pre-professional Training Program, Summer Program, and BFA Program at Dominican University of California. King’s work has been recognized for its impact on the cultural fabric of the company’s home in San Francisco, as well as internationally by the dance world’s most prestigious institutions. Named a Master of Choreography by the Kennedy Center in 2005, King is the recipient of the NEA Choreographer’s Fellowship, the Jacob’s Pillow Creativity Award, the Irvine Fellowship in Dance, the US Artist Award in Dance, and the National Dance Project’s Residency and Touring Awards. In 2008 King received the SF Mayor’s Art Award. He also received Barney Choreographic Prize from White Bird Dance in April 2013, an Isadora Duncan award, the San Francisco Foundations’s 2007 Community Leadership Award, the Hero Award from Union Bank, the Lehman Award, and the Excellence Award from KGO. In October 2012 the San Francisco Museum & Historical Society named Alonzo King a “San Francisco Treasure”. In 2014, King was appointed to the advisory council of the newly established Center for Ballet and the Arts at New York University; in 2015 he received the Doris Duke Artist Award in celebration of his ongoing contributions to the advancement of contemporary dance. Joining historic icons in the field, King was named one of America’s “Irreplaceable Dance Treasures” by the Dance Heritage Coalition in 2015. He is a former commissioner for the city and county of San Francisco, and a writer and lecturer on the art of dance; his contributions appear in the books Masters of Movement: Portraits of American Choreographers and in Dance Masters: Interviews with Legends of Dance. In 2005 he was awarded an honorary Doctorate by Dominican University of California, the Green Honors Chair Professorship from Texas Christian University as well as an honorary Doctorate from California Institute of the Arts.